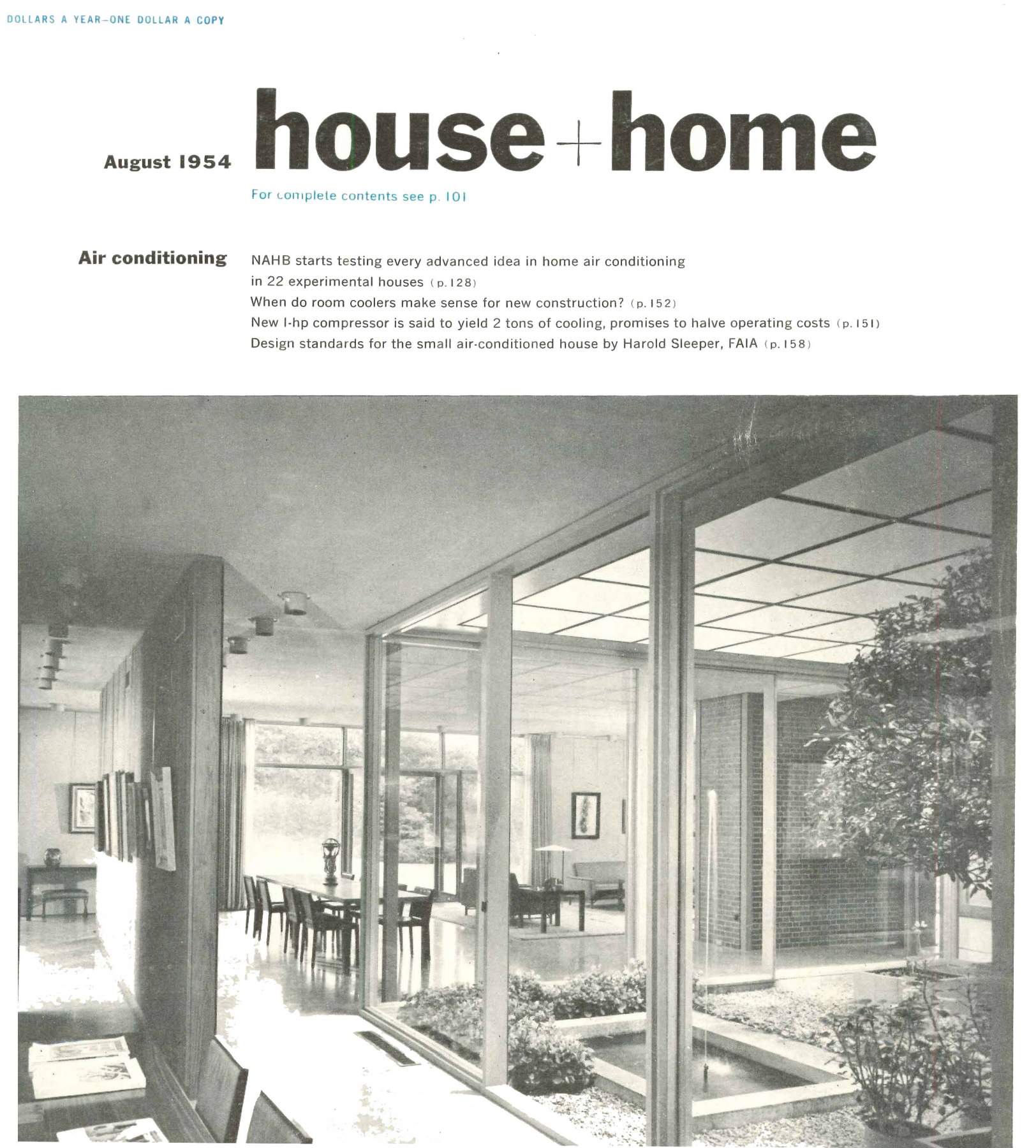 It’s hard to imagine what life was like before the invention of air conditioning but we can all thank one small town in Texas for making residential air conditioning systems a reality. Window A/C units came around in the 1930’s but central air was not available until an experimental project in Allandale, Texas from 1954-1955 made living with central air a reality. The project included the National Association of Home Builders and other cooperating groups and individuals who came together to develop the idea of applying the technology made for commercial air conditioning to residences.

Eighteen local builders, all part of the National Association of Home Builders, built 22 unique single-story homes at their own expense. Each home would use a different manufacturer’s air conditioning equipment. The decision was made to build the Air-Conditioned Village in an already existing subdivision called Edgewood to make for faster building. According to the August 1954 edition of House+Home, the homes were sold to families for an average of $15,000. The families agreed to participate in the field study by allowing the researchers to observe parts of their family life for one year. The neighborhood also agreed to open the village to qualified observers once a week.  The houses were approximately the same size ranging from 1,146-1,468 sq. ft. The researchers also observed electricity usage, effectiveness of insulation and various energy efficient issues relating to the house’s design.

According to an article in the Texas Architect from 1955, the project aimed “to determine the effect of manufactured weather on the budget, health, and home life of American families.” The researchers were not only interested in the A/C equipment itself but also wanted to learn if air conditioning altered parts of people’s family lives. They considered issues such as whether children eat better when in air-conditioned homes, if people preferred opening windows over A/C and whether A/C helped to relieve allergy symptoms.

It is no surprise that the researchers found a number of family life improvements during the “Air Conditioned Village” study. People were able to sleep 10%-35% longer, social skills improved, less dirt and dust in the house meaning allergy relief, picking-up more hobbies, staying at home more, having a better appetite and spending more quality time together as a family.

According to the Texas Architect article from the 1955 July edition: “…there are clear indications that those living in air-conditioned homes lead healthier, more comfortable and more productive lives.”

Whether or not air-conditioning is really able to improve social skills and help with a better appetite, we can all reap the benefits from the Air-Conditioned Village. Since the study commenced, manufacturers started to make air conditioning units for residential homes and today it is more common to build homes with central air conditioning. 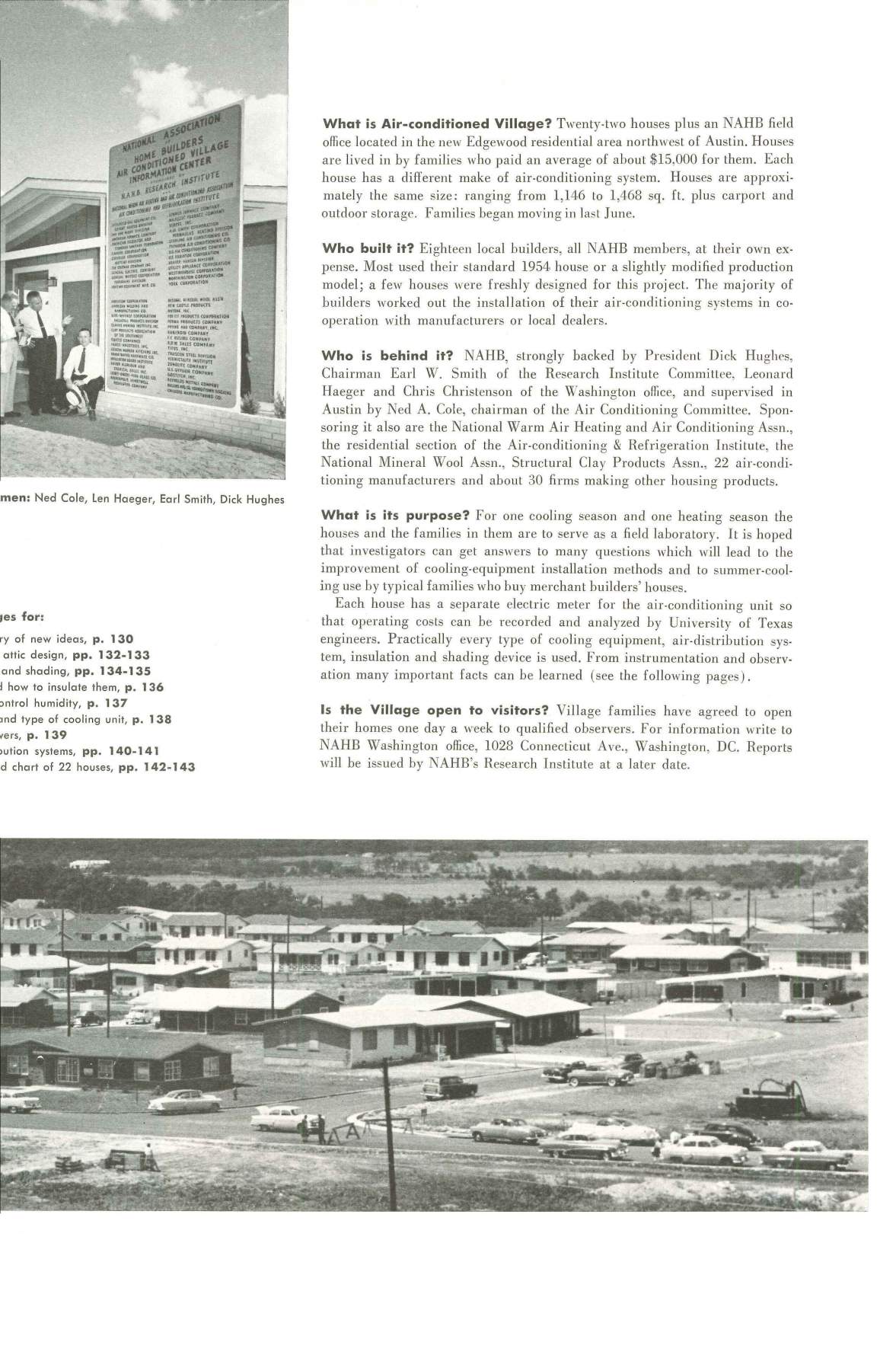 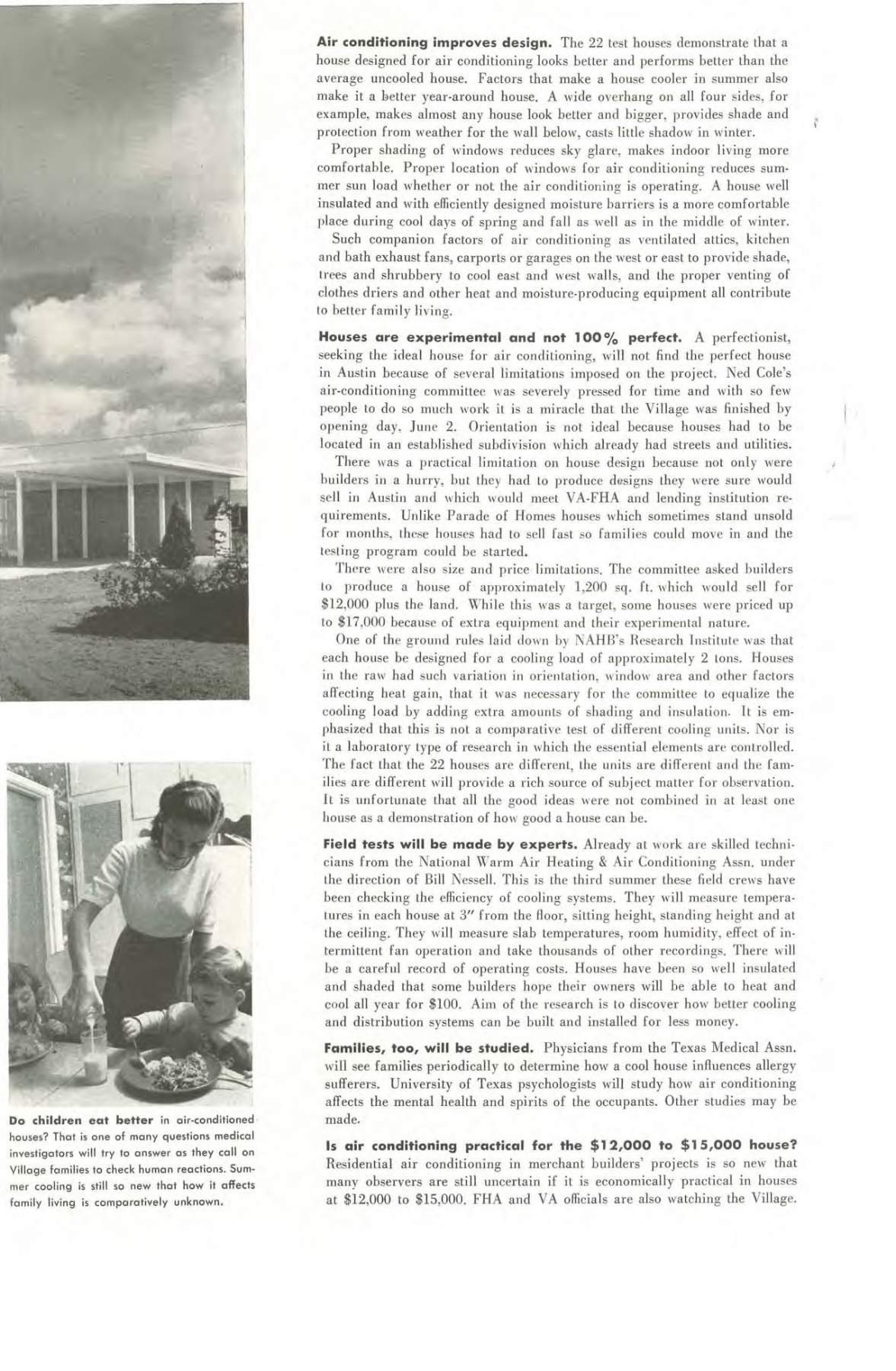 For over 35 years, we have prioritized quality for our customers. From a minor repair to a total system replacement, you can trust that Wilson Brothers Heating and Air Conditioning, Inc appreciates your business and will treat you like family. We refuse to cut corners or skip steps. Our team is trained to do it right the first time! If you ever have questions, please do not hesitate to give us a call at 978-226-6895.